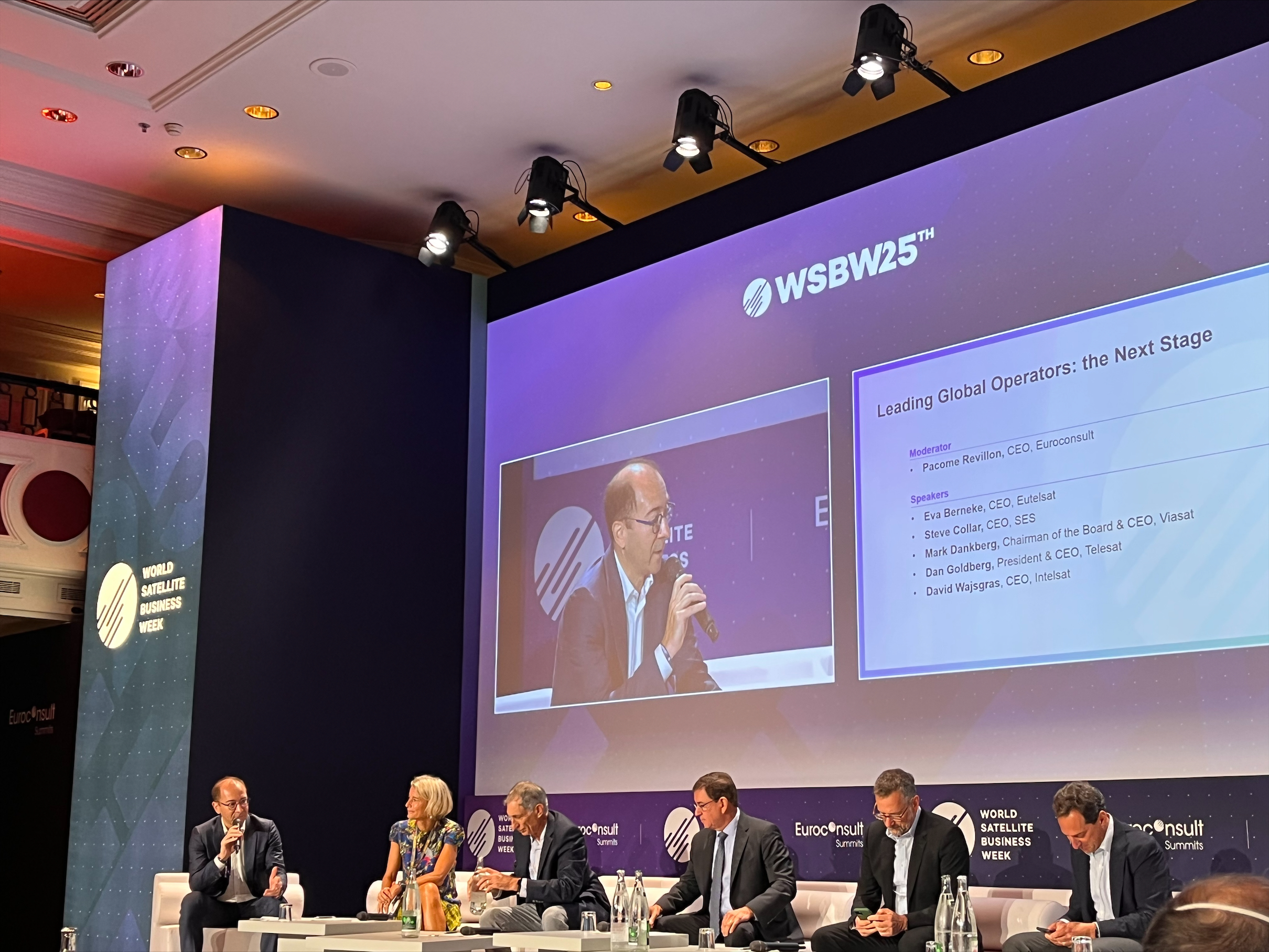 While NewSpace has, of course, been a topic on the tips of most tongues this year, it’s been the traditional Satellite world that brought out the biggest crowds on day 2 of World Satellite Business Week.

What was, quite rightly, tipped as the most anticipated talk of the event certainly didn’t disappoint! CEOs from Eutelsat, Telesat, Intelsat, SES and ViaSat took to the stage to discuss the future for global satellite operators.

I’m not sure I can even do a summary justice given how much information was shared, however, there were certainly a number of highlights to mention.

Eutelsat CEO, Eva Berneke, talked about the capabilities of the newly launched Konnect VHTS satellite describing it as “an asset that will address the digital divide across 60 countries of Europe and Africa”.

SES Satellites CEO, Steve Collar, addressed the future of direct to handset solutions saying “clearly satellite access to mobile is a potential huge part of satellite going mainstream” which he sees as hugely important for the future of operators, and the industry as a whole.

Intelsat’s new CEO, David Wajsgras, gave some positive updates on Intelsat post chapter 11 and confirmed that this is “the first time in over a decade that Intelsat has seen a growth profile” and is expected to see “growth this year compared to 2021”.

Viasat Inc. CEO, Mark Dankberg, confirmed that Viasat 3 is still progressing well towards launch with the satellite close to being fully integrated and that the proposed Inmarsat acquisition is just waiting for regulatory approval, and they should know soon “whether it will close this calendar year or next”.

And last, but certainly not least, Telesat CEO, Dan Goldberg, confirmed that their LEO offering, Lightspeed, will happen despite delays as “supply chain issues have impacted the delivery” of the platform and that confidence in the success of the platform is incredibly high within the business.

It’s great to see so many developments coming from the traditional industry showing that, far from being left behind by the NewSpace industry, they’ve shown they are more than up to the challenge the future brings. Bring on day 3!