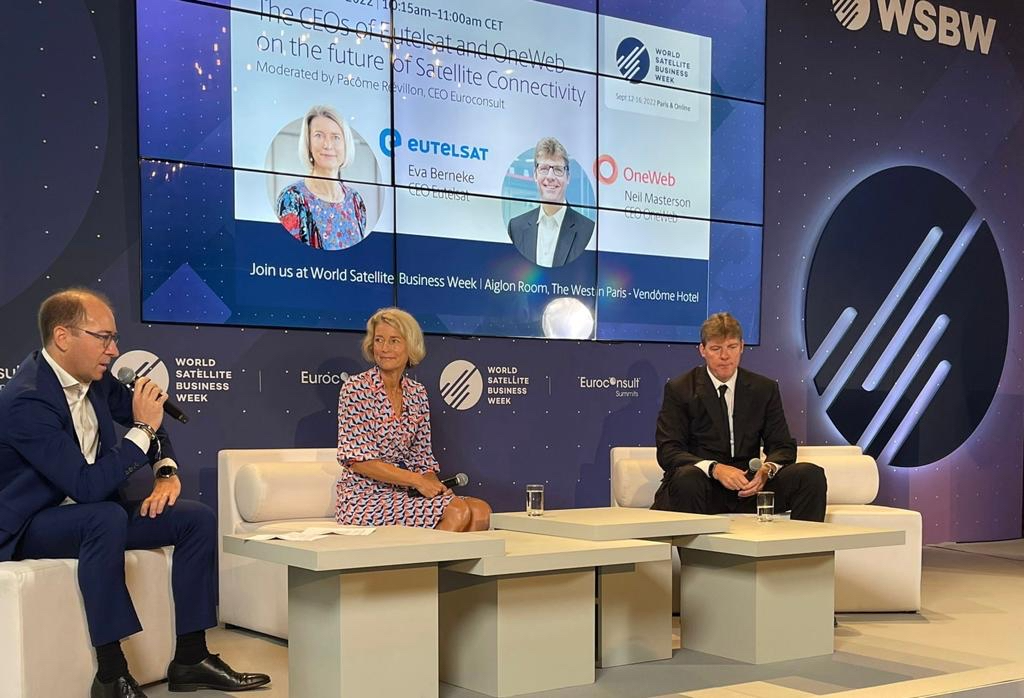 What a treat to be back in Paris for the World Satellite Business Week at the fabulous Westin Hotel! And even better to be invited as a media partner of EuroConsult.

This year has been a sellout event with over 1200 attendees from 50 countries, 95 sponsors and 230 speakers, making it the best attended show in it’s 25 year history.

We have already been treated to some fascinating talks on day one with a diverse range of topics from connecting the unconnected, the future of optical communications, what Comsat manufactures need to do to stay relevant and the important part that service providers still have to play in breaking down the digital divide.

One of the standout sessions of the day, especially given the recent announcement surrounding their conjoined future, was a discussion around the future of satellite connectivity by the CEOs from Eutelsat, Eva Berneke, and OneWeb, Neil Masterson. Eva described the proposed merger as “a natural step” and that “GEO and LEO will be a much stronger proposition” and Neil adding that the “market opportunity is significant” and that their technologies are “highly complimentary”.

From a selfish perspective, it has also been great to see the issue of where the next generation of industry talent will come from, with hiring problems and a lack of talent being topics of interest across a few different panels. Chirag Parikh from the National Space Council asked the question of “How do we get more skilled people into the sector?”, a question that, given the fact it has been brought up in multiple discussions, has no easy answer it seems.