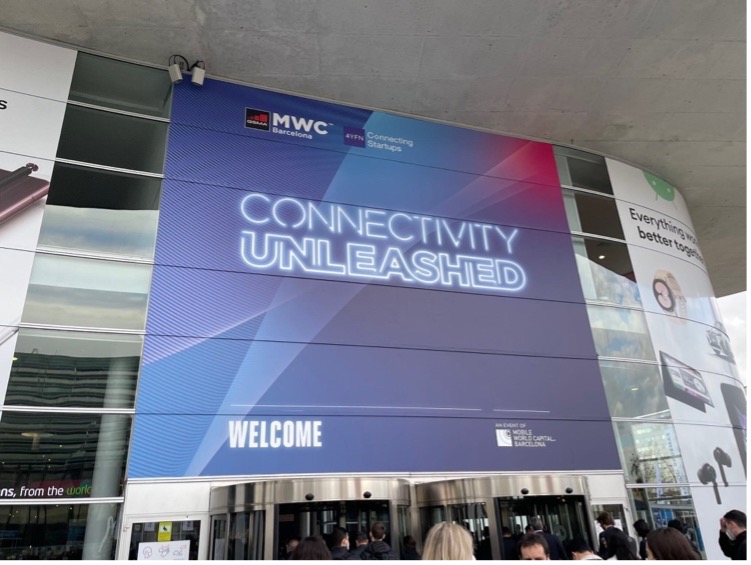 MWC Barcelona had a Connectivity Unleashed theme and provided over 61,000 people to meet face to face for potentially the first time in 3 years. The event saw over 1,900 exhibitors with over 49% of attendees at Director level and above from 124 countries.

Personally, it was my first MWC and I thoroughly enjoyed it even with a face mask. Despite the show’s capacity being around 60% to pre-covid times, it was a positive environment to be in. Also, with less people in attendance it was slightly easier to get from Hall 1 to 5 to 7 for those ill-planned back-to-back meetings!

The technology and information at booths only improved my knowledge and understanding of the market. I’m not a technical expert by any means but it really helped to join the dots of the last 2.5 years I’ve worked at neuco. Whilst I was impressed by the robot making drinks, I found the robot dogs somewhat scary and don’t even get me started on a robotic cat!

The AI telling me I was ‘hairless’ caused some laughs amongst my colleagues and aside from that, it was a pleasure to be in Barcelona with Laurie and Alistair.

Of the 6 key themes, here at neuco we took particular interest in 5G Connect. After over 100 meetings in 3 days between the 3 of us and around 25,000 steps per day each, the weekend was certainly needed to recover!

5G Connect was dominated by the talk on Open RAN with lots happening in the ecosystem. Whether it was existing partnerships being showcased or the opportunity to discuss new ones, collaboration seemed to be key. Several companies were providing demonstrations as an end-to-end solution or showing how powerful collaboration can be with the 5G Open Lab as one example. Rakuten Symphony acquiring Robin.io was major news for the Symphony sales effort as well as their new agreement with AT&T.

For all the positivity around Open RAN, John Baker, SVP of Business Development at Mavenir, was highly critical of Ericsson and Nokia for creating confusion. Clearly, the likes of Mavenir & Parallel Wireless are disruptors to the market but how much longer can Ericsson or Nokia protect their legacy and delay for?

As we move closer to deployments of more 5G networks, the market only looks to grow for those with 5G use cases or equipment providers on the networks. We’ve seen record sales years for some and whilst there are of course supply chain difficulties, hopefully the next 12-24 months will see further growth.

From a recruitment perspective, the conversations were very positive with ambitious hiring plans across different functions. Whether it was new commercial roles through internal growth or expansion into new verticals/regions, the market seems very buoyant. Of course, I can’t mention recruitment without asking if there’s a software-based company who doesn’t have a need for Software Engineers?

Also, it’s an exciting time for product and presales functions as new services or solutions are being developed and need either taking to market or sold. The demand for the fine balance between a technical understanding but being confident enough to have an external conversation, is only going to increase.

Most importantly from the event, I feel that a barrier was taken down by having face to face conversations and really appreciate the time from everybody I met. Dare I say it, I’m already looking forward to 27 February 2023 for the MWC23!