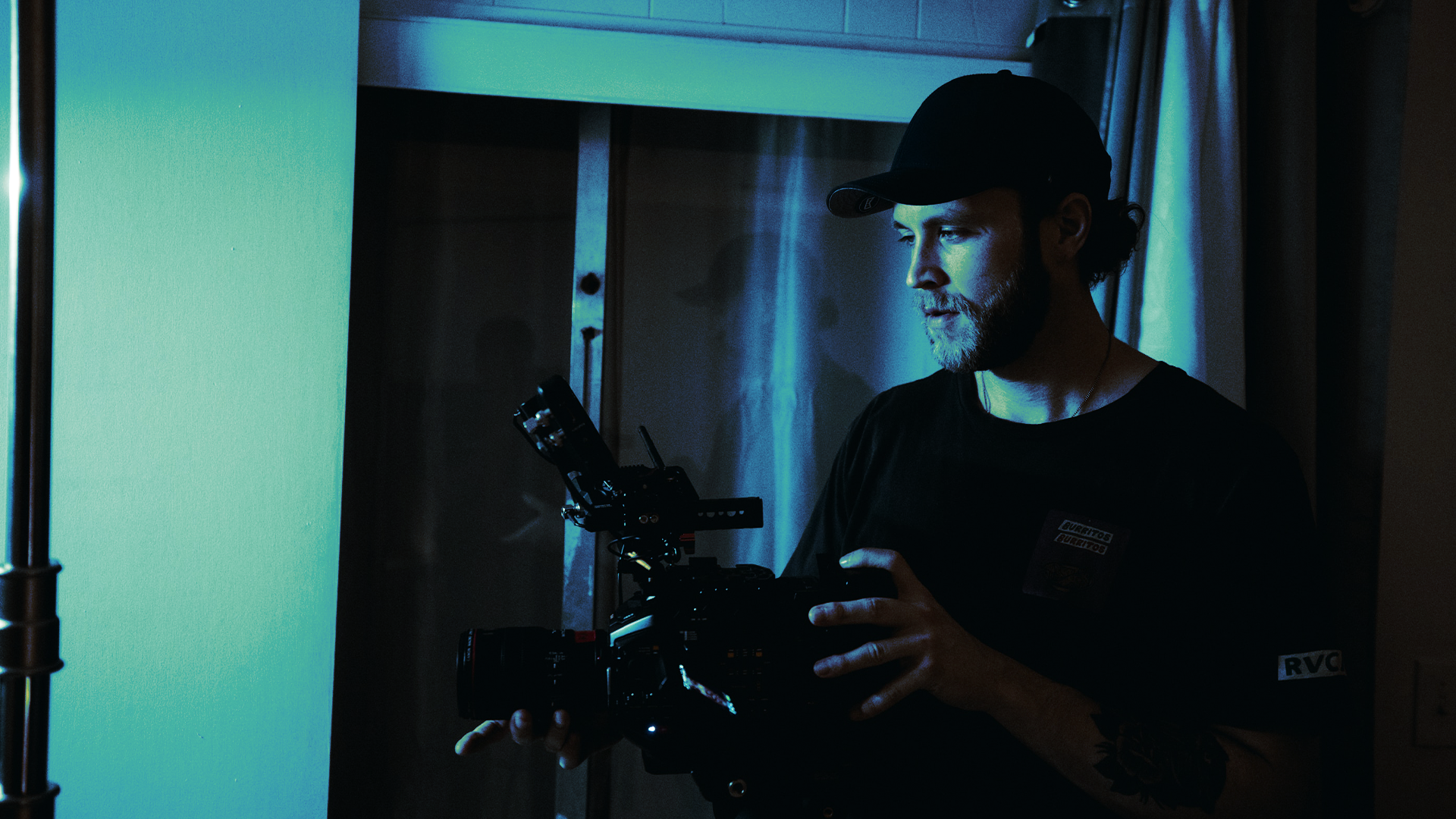 In another insightful episode of The Tech That Connects Us, we’re joined by the VP of Data Integrations at Conviva, Krishnan Nair. Conviva is a census, continuous measurement and engagement platform for streaming media, enabling advertisers, tech operators, engineers and customer care teams to acquire, engage, monetize, and retain their audiences.

As the VP of a platform that processes close to 2 trillion streaming events daily and supports over 500 million unique viewers, Nair gives us his take on the changes in the content and media industry.

How and why did you get into the media industry, and particularly, the streaming industry?

I came to the US in 2008 to study my master’s at Boston University. And, despite the difficult job market in 2009-2010, I was fortunate enough to secure an internship at Samsung, in what was essentially an analyst role in the product solutions group. We were exploring ways in which smart TVs could be more than just a great screen. And it was my boss who came up with the idea of having apps on a TV just as you have on phones.

Throughout my internship, I produced a report highlighting the things that were working well in the industry, the things that should work and shouldn’t work etc. Then once I graduated, I e-mailed my former boss to ask if they had any openings at Samsung, and he told me the report I had completed was actually in production, they had built an app store, and asked me whether I wanted to join them on the team.

Of course, I said absolutely. I was very focused on liaising with content partners like Netflix Hulu, and other media providers. So, that’s where it all began.

What are some of the biggest changes you’ve seen in the Smart TV space?

When we started this journey, trying to build apps on Divi was just a side-project. Back then, it was seen as just a hobby. At Accedo, we worked with some of the largest TV publishers in the world, building some of the apps that are familiar today. And as the industry matured, a lot of that work was done in-house as it became a more predominant part of the business.

As apps became more popular, they were spread across all devices. And people began to get fatigued by so many devices. Data became really important, not just for improving content programming, but people’s overall application and video experience.

Now it’s down to around seven or eight devices that have really captured the market, by using data to ensure their customers are having the best viewing experience. And the next steps is going to be very interesting for the media and entertainment industry because of web3, though I won’t get into detail.

And what technologies do you think have had the biggest impact on the streaming space?

Data. In the past, it was very difficult to get information to publishers quickly. So, this has made a huge impact. Front a front-end standpoint, application development has become much easier too thanks to tools like React js and so forth; you no longer need to build a separate app for web TV, Android TV, or Samsung TV.

And given the upheaval of the past few years, what do you think the upheaval has been in the streaming space more generally?

We’ve been relatively blessed in the media industry; when people were stuck at home, the was a surge in the number of people streaming TV. So, in that sense the pandemic had a positive effect on the industry, at least for the bigger players.

Also, if you look at the industry over the last few years, there’s been a lot of consolidation in the industry. A lot of companies buying each other out and forming large conglomerates. We think it’s a fight for content; at the end of the day, everyone wants to provide their consumers with the best experience. More consolidation means the best content will live on one, or at least fewer platforms. From a technological standpoint, things are evolving too; everything’s just getting faster.

And what does Conviva have planned for this year?

Well, we started off as a company focused on quality of experience and measurement analytics. Fast forward to today, we’re a technology company with a primary focus on analytics and streaming. So, our focus moving forward is on the messaging of our vision, to showcase the fact that we’re a streaming measurement partner for some of the largest publishers and articulating how best to work with Conviva to obtain accurate data.

We’re really excited about NAB coming up this April. What are you looking forward to for NAB 22?

NAB has always been looking at the evolution of what we’ve seen in the media space, but it’s becoming even more media centric. And I’m excited about all aspects, from the evolution from a technical standpoint to the things happening in the content space.

What do you think the impact of the return of in-person events will be for the industry?

It’s been a long time since we’ve been able to gather at large events, so people are excited to socialize and catch up with folks in the industry.

What advice would you give to anybody attending NAB for the first time this year?

Go with an open mind. Check out what’s happening. I like to spend some time in competitors’ booths to learn about some of the things that are happening and the new innovations.

You can catch the full episode here.

“Tremendous amounts of talent are being lost to our society just because that talent wears a skirt.”

Shirley Chisholm was the first African American woman elected to US Congress in 1968. She must have been an incredible individual, and though she is not a household name, her life has a direct impact on my own, as a woman who proudly works in Tech, half a century later.

Though undoubtably my own journey has been far easier, like Shirley Chisholm, I know how it feels to be the only woman in a room. I know the deep-seated reality of being “different” and the whispers that follow of “am I good enough?”.

The first eight years of my working life were spent in education, either teaching itself or recruiting into the classroom. Surrounded by female colleagues and young children, this was where my reliance on coffee was born! Back then I couldn’t have imagined being passionate about anything else other than being involved in providing an exceptional start in life for our children.

If anybody had uttered the words: “OTT, VOD, AI, Machine Learning, VSAT, LEO, GEO, Cyber Security, RF, End-to-End” or even “Content or Connectivity” to me I would have thought they were speaking a different language. At this point, as an avid reader, I didn’t even own a TV! In fairness, these terms are akin to their own language, but what I would never have dared to believe was that this would be a language I could speak and a community I could be a part of.

I have forever been inquisitive, in fact (pre-covid), I would be that person who struck up conversations with strangers on public transport and would end my journey with a new friend or having inherited a new recipe – much to my fiancés’ bemusement. Growing up, I must have asked “why” a lot, because one of the phrases I recall my Father often saying was “it just is.” Little did I know, these qualities, not previous knowledge, are what has made me successful in the industry I now inhabit! On deciding I wanted to see what was outside of Education I begun to explore what was behind this mythical term: “TECH”.

And it was thus how I ended up at neuco. My journey begun in a coffee shop, with a very good cappuccino and one of my now Directors. From my recollection we discussed the Northumbrian Downs, the thrilling 2005 Ashes series, Strictly Come Dancing and Puppies. A few months later, I started at neuco. Did I know what I was letting myself in for – probably not. But what was crystal clear was that this “TECH World” seemingly was made up of friendly, normal people. Ok I was yet to meet somebody who looked like me, but we were certainly cut from the same cloth. Actually, it was deeper than that. I felt like I was coming home.

Those first 6 months were mind blowing: Discovering just how many satellites were in space, how quickly content could be distributed and crucially how the organisations we worked with were changing the world. My new clients were on a mission to better society for all, they were striving to connect the unconnected, and transform millions of individuals lives. How did I not know about all of this?! I had found myself in an epicentre of passion, innovation and talent. Did I understand all of it straight away – of course not. Though I have come to realise that these industries change so rapidly that even the CEOs are learning daily.

Within my first 8 weeks of joining neuco I found myself on a plane to Vegas for NAB, whilst I was met with a sea of men in grey suits and was acutely aware of my bright pink nails, the people that I met were only too delighted to introduce me to their colleagues and explain their newest technology. I’ve never learnt so much in such a short space of time as I did on that trip. In fact, in general a lot of the time there is so much going on I am unaware of the fact that I am the only woman in a room. Either a virtual or physical room!

Furthermore, every hiring manager I speak to wants to engage in ways to increase diversity in their teams, not because HR has told them to, but because it is recognised that diverse teams equate to better, healthier companies. I am often asked, what it is like to be a woman in the industry and for ways to increase diversity. I should mention, my friends think I have the coolest job … they would of course be right!

How do you begin to sum up the creativity, hunger and desire for change that I encounter daily?  How do you accurately communicate the sheer talent and genius of individuals and organisations I get to work with? How can I talk about the closeness of my “work-family” or “tribe” of colleagues that I have the privilege to both laugh and work with, without sounding sickly sweet?

So yes, I am different to a lot of the people I work with, I do not look the same and I come at things from a different standing point. I am a deaf woman, in a world of men! The thing is, that deep-seated reality of being different, that used to worry me, is celebrated and encouraged. Of course, those whispers of “am I good enough”, creep in from time to time. But my goodness, I only need to pick up the phone and I have an army of colleagues cheering me on and showing me that YES! I am good enough!

Here’s the thing – I refuse to be ‘lost talent’ just because I wear a skirt. I will not rule myself out. If Shirley Chisholm were alive today, I would like to think she would be astounded and overjoyed and how different the world is. How far we have come and the energy we have propelling us forwards as we continue to make changes.